Aliens, Brownies, and Cowboys Oh My!

Wednesday has come and gone as have several minor heart attacks, but I seem to have recovered from the ill effects of my first encounter with Swedish cuisine so back to the task at hand. Speaking of things which are at hand; currently I'm writing this using the blogaway app on my phone and I have to admit I've become spoiled by my iPad. The tiny touch screen on the phone and lack of text editing functions is driving me crazy. I miss having what is essentially a full size keyboard coupled with the predictive text functions that the iPad provides. It's like the best of typing on a computer along with the best of texting on a phone. Who says you can't have your cake and eat it too. Not Apple. Mmmm cake... Sadly there is no cake; as Chell discovered the cake is a lie. But there are brownies. I'm working on a recipe for S'more brownies but I'm having some difficulty with the graham cracker crust. Here are some pictures of the process as it stands. 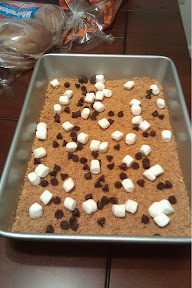 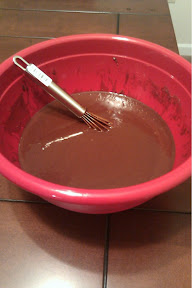 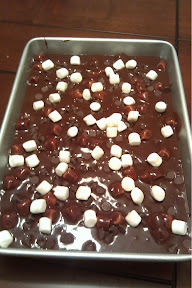 It's worth noting that we've now returned to the iPad as the means of blog entry a happy necessity since the phone wasn't going to cooperate with multiple photos. The issue I'm having is that the graham cracker crust is more like a pile of graham cracker crumbs even after baking. I'm wondering if I need to up the butter content on the crust recipe. That or add some marshmallow fluff to the crust. I'll let you know what I try and how they turn out next time I bake a batch. The one positive in the brownie experiment is that they taste good. A lack of structural integrity doesn't seem to detract from the flavor. As previously mentioned working at Extreme Outfitters' GA location and living with a number of my coworkers means spending lots of time with said coworkers. Lot and lots and lots and lots of time both on and off the clock which sometimes necessitates an escape from their company in order to maintain my mental health. Last nights escape was the midnight showing of Cowboys And Aliens. In my experience few films have so artfully and completely captured the essence of the film in the title as did this film. It is as the title proclaims all about cowboys and aliens. And while this may seem an odd combination of materials it actually works to create an entertaining, if not terribly deep in the plot department, summer fun film. I'm sure I won't spend long hours pondering the intellectual depths of the film nor do I expect it will find it's way in to the cannon of classic films such as Casablanca and Gone With The Wind. But I wasn't looking for the next great Hollywood classic or a graduate level thesis on the meaning of life; 42. I was looking for an escape and I found just that in an entertaining if somewhat odd package. The escape was further aided by my decision to view the movie in one of Carmike Cinemas new Big D theaters. The Big D experience includes a much larger screen, more spacious seating, and a sound system that shakes said seating like a leaf in a stiff breeze. Not sure it would be worth seeing every movie in this manner given the four dollar up charge but I have to admit it was a more enjoyable experience for having paid those extra dollars. I rounded out my evening, or rather my morning I suppose, with coffee, donuts and a cigar. All told a lovely evening and a tremendously successful escape.