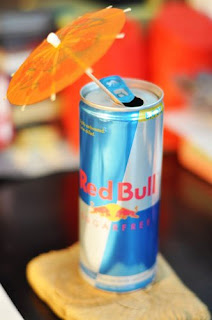 This month brought to you in large part by RED BULL.  Crew Team Season has officially given way to Term Paper Season.....which essentially means I no longer GET UP at 0430, but rather STAY UP until 0430.  .....but at any rate, copious quantities of caffeine are involved.
In other and incredibly less mundane news, the latest issue of UNCW's Atlantis Magazine was released last night.  .....which not only features the Lego guys from above, but also a Monk(e) photo!  Although impossible to tell from the web version, the Monk(e) is the centerfold.